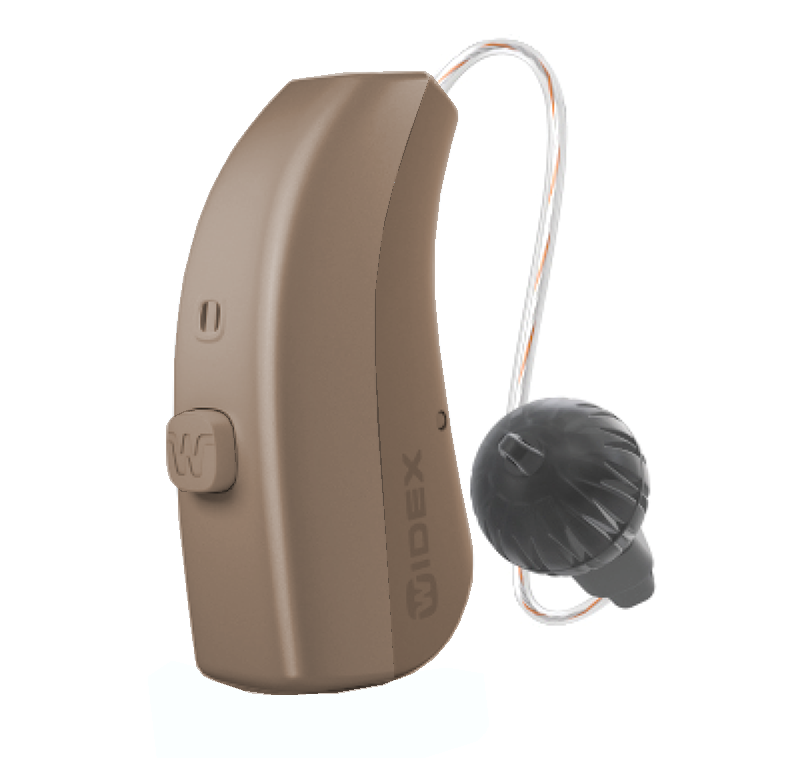 Bell Laboratories contributed to the advancement of digital hearing aids by developing a hybrid digitally adjustable analog hearing aid. Bell used digital circuits to control a two-channel compression amplifier. AT&T, the parent company of Bell Labs, sold the rights to their hearing aid technology to GN/Resound in 1987. When ReSound released this new technology to the market, it was an instant success.

Based on the success of the ReSound hearing aid, other hearing aid companies developed digitally adjustable analog hearing aids, with filters, and limiters. The benefits of these new hearing aids included storing sound settings, different settings for varying accoustic environments, and multi-channel compression.

Modern digital hearing aids are now fully programmable and are able to regulate their sound output on their own without the need of separate control devices. Hearing aids can now automatically adapt themselves to different sound environments that they are in.

“Made for iPhone hearing aids” (MFi) are now common and Android compatible hearing aids are currently being introduced to the market.

The receiver-in-canal (RIC) hearing aid is a newer development and is suitable for most hearing losses.

Compared to the traditional behind-the-ear (BTE) hearing aid, the receiver (speaker) of the RIC is placed on the ear-tip instead of in the housing, thereby reducing the housing size.

RIC hearing aids consists of three primary parts: The housing, which sits behind the ear, a thin earwire connecting the housing to the receiver, and the receiver (speaker), which is in the ear canal.

RIC hearing aids are discreet, extremely versitle, and available for almost any degree or type of hearing losss.

In 2001, two patent’s were filed under the name “Hear-Wear” by the owners of SeboTek Hearing Systems. These new hearing aid designs (Post-Auricular-Canal or PAC) changed the hearing aid industry. Once the benefits of the Hear-Wear patents were recognized, other hearing aid manufacturers followed suit with similar products. The industry as a whole chose not to use the PAC name, but simply called this technology as RIC (Receiver-In-Canal) or RITE (Receiver-In-The-Ear) hearing aids.

The RIC design was more than just the invention of a new hearing aid style, it was reveloutionary step for the entire hearing aid industry. This new design provided for entirely new fitting methods resulting in improved acoustics, comfort, cosmetic appeal, and wearer satisfaction.

The most common repair issue with RIC hearing aids are the same as with all other hearing aids, reguardless of style or manufacturer. Receiver (speaker) failure itself is the most common issue. But, repairing or eplacing the RIC receiver is usually much easier than any other style of hearing aid. Replacing a receiver in a RIC is usually pretty simple. With Widex hearing aids and some other hearing aid manufacturers, simply unpluging the old receiver from the housing and pluging in the new one. In the case of some other hearing aid brands, you may need to slide out or remove a retention pin to remove the old receiver, then plug in the new receiver and secure it by reinserting the retention pin. You can find instructional videos online on this process.