A Small Battery With Big Benefits. 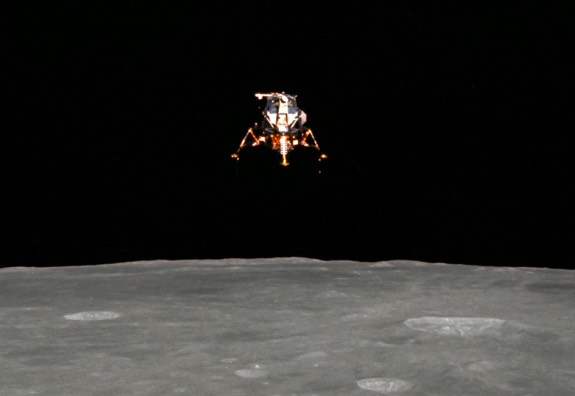 After 50 Years and Millions of Miles, Rechargeable Silver-Zinc Hearing Aid Batteries Have Arrived.

During the 1960s, NASA developed silver-zinc batteries for mission-critical applications in spacecraft, including the Apollo command module. Although the batteries offered high energy density, they had narrow applications due to their raw materials expense and low cycle life.

More than 100 patents later, ZPower has led the way in making this superior chemistry smaller and fully rechargeable — and in the process opening a world of exciting new applications.

Users love the convenience of having hearing aids they can confidently wear all day and recharge overnight. They also love the flexibility to still use disposable batteries, if necessary.

One of the most inconvenient aspects of the hearing aid user’s experience is the frequent, endless changing of batteries. ZPower helped change that with the introduction of its rechargeable microbatteries.

In addition to supporting the design of smaller, safer devices, their silver-zinc microbatteries remove the hassle of regularly changing small batteries.

Today, they provide the convenience of rechargeability to one million hearing aid users – and that number is growing every day.

From the outset, silver-zinc’s combination of stability and high energy density presented tremendous potential for applications that place a high priority on size, safety and performance.

While Li-ion is primarily landfilled or downcycled, silver-zinc is recyclable. It is also mercury-free.

Using a patented charging method, they have significantly extended the typical cycle life of silver-zinc, retaining over 85% capacity after 500 cycles.

This manufacturer supplies many major hearing aid OEMs, helping them to bring the convenience of rechargeable hearing aids to more clients.

Li-ion batteries have enabled countless innovations since the 1990s, and they continue to be a vitally important component for hundreds of products. But they have serious limitations — primarily size, energy density and safety — that impede manufacturers from making smaller, safer products.

Silver-zinc provides clear superiority for devices that require close physical contact with the user, and applications in which miniaturization is a prime consideration.

Silver-zinc can deliver the same amount of energy as other batteries in a more compact space. This size advantage is further enhanced by its water-based chemistry, which alleviates the need for protective casings and packaging that increase bulk.

This micro-battery only utilizes 58% of the cell’s active materials.

Design engineers are continuing to innovate in the consumer electronics and medical device markets; developing smaller, yet more powerful devices. A primary challenge the designers face is how to miniaturize a device around the large batteries previously required for such applications.

ZPower has developed the answer.

The ZPower rechargeable cell is the smallest, high energy density microbattery available; enabling a new generation of products by providing over 58 mWh in packages smaller than the collar button of your dress shirt.

With hundreds of cycles, and no shipping or transportation restrictions, ZPower microbatteries are the safest way to power the next generation of bearable and wearable products.

ZPower has developed proprietary, silver-zinc microbatteries that offer higher energy density values than any other battery within the same volume range (< 250 mm3).

Today, ZPower microbatteries have an energy density of approximately 340 watthours per liter (Wh/L) at a size of 156 mm3.Their cell’s energy density remains high, between 320 and 370 Wh/L, even as the battery’s volume changes.

HIGHER ENERGY DENSITY Li-ion batteries maintain competitive energy densities at volumes above 625 mm3, which is four times greater than the size of the XR41 silver-zinc battery with the equivalent energy density.

But as the Li-ion cell shrinks to microbattery size, inherent constraints in the ‘jellyroll’ implementation of the electrodes (smaller electrode widths, fixed separator thicknesses, shrinking jelly-roll diameters, and the volume lost in the center of cell due to the winding mandrel) all limit the amount of active material that can be placed in the cell; lowering the cell’s capacity.

Coupled with the significantly lower current density of the Li-ion electrodes (electrical current per unit area of electrode interface space), the Li-ion cell’s performance scales down dramatically with size.

These batteries have been successfully tested over a full year of use at the cell’s rated capacity.

Unlike Li-ion batteries, which lose a little capacity each cycle, the discharge capacity of the silver-zinc microbattery stays consistent throughout the first 500 cycles of the device’s cycle life. This provides the end-user with a consistent runtime.

A patented charging method is a critical part of how they extended the historically short cycle life of the silver-zinc battery.

Approximately 50% of major brands can be retrofitted to accept these type of batteries.

Check with your hearing aid provider for information on your specific brand and how to get the charger.

These batteries will not work with a PowerOne hearing aid battery pocket charger.

By purchasing products or services from HearSource, you do hereby agree to the following new product warranty, hearing aid repair warranty, return policy, and all other terms and conditions.

All new merchandise or products purchased from HearSource are warranted against material or manufacturing defect by the original manufacturer for a minimum period of one year (certain hearing aid models may have warranties from the manufacturer for two or three years) from the date of shipping from our facility to your address. At our sole discretion we may repair, exchange, replace or upgrade any defective product that you have purchased from us. Additional/extended warranties are available for purchase at additional cost. Please contact HearSource for additional information concerning extended warranties. This warranty is non-transferable and applies only to the original purchaser. To obtain warranty service on any HearSource product, please include a check for processing, shipping & handling of $19.95.

All hearing aids repaired by HearSource are warranted for six months from the date of shipment to you unless you have specifically requested and paid the additional $50 fee for a one year warranty. To obtain warranty service on any HearSource repair, please enclose a check for processing, shipping & handling for $19.95

HearSource offers only the best brand names and the highest quality goods. We provide a 45-day return for refund policy.  If for any reason, you are not satisfied with your purchase, simply contact HearSource at 1-800-416-2434 and request a RMA authorization (Return Merchandise Authorization) number.

Call 1-800-416-2434, Monday through Friday, 9:00 a.m. to 4:30 p.m., Eastern Time Zone, USA, to obtain your required RMA authorization number. Your shipping and handling charges for products you ship or return to us are non-refundable. You may want to insure your return; as we cannot be held responsible for products damaged, lost or misdirected via shipping. 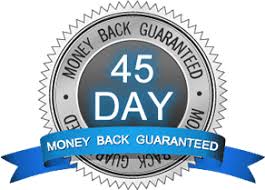 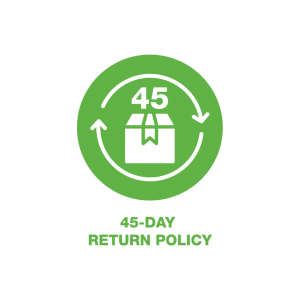 With your RMA clearly identified in the shipping address back to us, please ship return merchandise to:

You may also return any item for exchange or replacement within 45-days of the shipment date due to material defect or damage during shipment. After 45-days, defective or damaged products will be repaired or replaced under the specific manufacturer’s warranty policy.